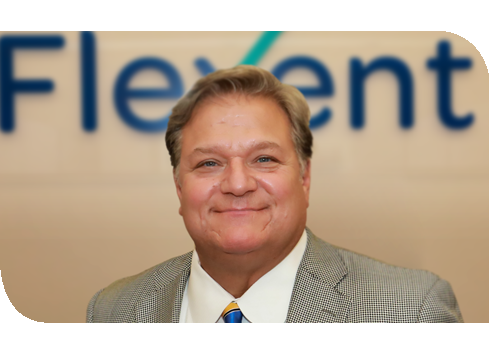 Robbie Faucett is based in South Carolina and has been a part of the Flexent team for over ten years. He works with banks in the Carolinas, Georgia, Tennessee, and beyond. During his time with Flexent, a subsidiary of Chesapeake Bank, Faucett has been able to help small banks serve their customers in ways they could not do alone. That is his goal — to give the community bank more options to support their own customers.

Faucett recently spoke about one of those situations where he was able to step in and assist a bank. The situation involved a community bank that wanted to help a long-time commercial and industrial customer transition to new ownership.

The client bank made a request to Faucett and Flexent for a $5.1 million package to fund the organization and an additional $1.8 million working capital facility.

“We did some research on the customer,” said Faucett. “We learned that the company was founded back in the 1930s.”

In the ‘80s, a CPA bought the company and handed off much of the daily operations to a 20-plus-year employee who knew the business very well. Eventually, the CPA promoted him to general manager, contributing to the business’s overall success. After a successful 30-year partnership between the two, the CPA decided it was time to retire, and his longtime business manager would take over the business.

“With our client bank looking at this, we’re scratching our heads,” said Faucett. “Do we underwrite the balance sheet as a new company or as an employee buyout company, or what will the post-closing balance sheet look like after the buyout?”

Faucett said he worked with the client bank to come up with a solution that made sense for everyone involved. He noted the company had been in business for some time and had a lot of good trading assets, including real estate and equipment.

“[Those] assets were excellent quality for us to fund when it comes to receivables and inventories,” said Faucett. “We were very comfortable with that. Our client bank recognized the total package would come close to their risk tolerance, and they didn’t want to take the big bite or finance the $5.1, in addition to the $1.8 working capital facility, so they got us involved.”

“We were able to put together a solution for them,” said Faucett. “Our client bank maintained the relationship, including deposits and all other ancillary banking, in addition to their loans to fund the buyout, and we simply provided the working capital piece.”

“When we initially talked about this company, we found that the makeup of the loan was a $4 million stock purchase,” said Faucett. “A $600,000 occupied real estate piece and another $500,000 for equipment.” The company continues to grow, thanks to Faucett’s assistance and Flexent’s funding.

“And as the company continued to service its debt with the primary bank, the lender eventually had some availability, and they ended up coming back and paid off our $3.4 million facility that we had structured,” said Faucett.

Faucett said this situation worked out really well because the company had a history as an operating company and wasn’t just a start-up. Instead, it just had new ownership by an existing employee who contributed to its past and current success.

“We were able to help the client bank provide a solution and keep their customer relationship,” said Faucett. “The company wanted to work with the local community bank, who didn’t have the appetite for a large facility.”

In essence, Flexent was able to hibernate our client bank’s customer until their post-closing financials seasoned enough for the bank to fund the entire deal internally.